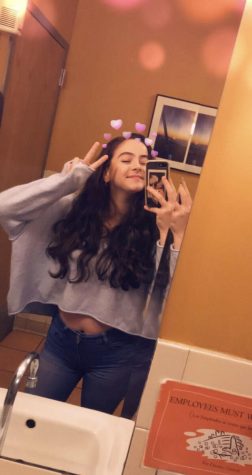 There are many who say that uniforms are healthy. However, some challenge the uniform policy and say they are not necessary. One study done by researchers from the University of Nevada, Reno College of Education held studies of three different middle schools to ask of the opinions of their newly placed uniform policy. They found that 90% of the students did not enjoy wearing uniforms; however, they found that there were benefits to wearing the uniforms. These benefits include a decrease in discipline, gang involvement and bullying, an increase of safety, ease of going to school, boost of confidence and self-esteem.

On the other hand, the American Civil Liberties Union of Nevada, stated that “allowing students to choose their clothing is an empowering message from the schools that a student is a maturing person who is entitled to the most basic self-determination.” In summation all that is saying that school uniform restrict students freedom of expression.

Tony Volk, PhD, Associate Professor at Brock University thinks uniforms do not stop bullying Professor Volk stated, “Overall, there is no evidence in bullying literature that supports a reduction in violence due to school uniforms.” A Texas Southern University study found that school discipline incidents rose by about 12% after the introduction of uniforms.

There are two stories to uniforms; let’s find out what Daphne High School students have to say about the matter. In this study I asked two students six questions (questions below) to figure out what some of the views are of the students of Daphne.

Jenna Meshejian is a Sophomore at Daphne High School and she disagrees with the uniform policy, these are her responses to the questions above.

“People in sports get to wear things that others don’t and It’s not fair. Because they can wear joggers and things like that, but others would get written up for wearing things like that.“
“I feel maybe there should be limits, like not showing anything inappropriate but people should be able to wear stuff that they enjoy and fits their personality.”
“No because when people come in class check for uniforms it distracts the whole class.”
“No I don’t believe that not wearing uniform would create crime in Daphne.”
“If there was no uniform at school there might be a more bullying however in the world that we live in today there will unfortunately always be bullying.”
“If I was able to wear what I wanted too I would feel better about myself.”

Nabeel Hadad is a Daphne High School Sophomore and agrees with the uniform policy, these are his responses to the questions above.

“There lenient enough, they let us wear jeans and a variety of shirts.”
“With some students like goth they would restrict their expression.”
“Yes because you don’t have to focus on what others are wearing, because everyone’s wearing the same thing.”
“I don’t think uniforms deteriorate crime or create it.”
“Decrease because everyone is wearing the same thing so you really can’t get bullied for what your wearing.”
“Detrimental because you don’t really get to dress how you want to.”