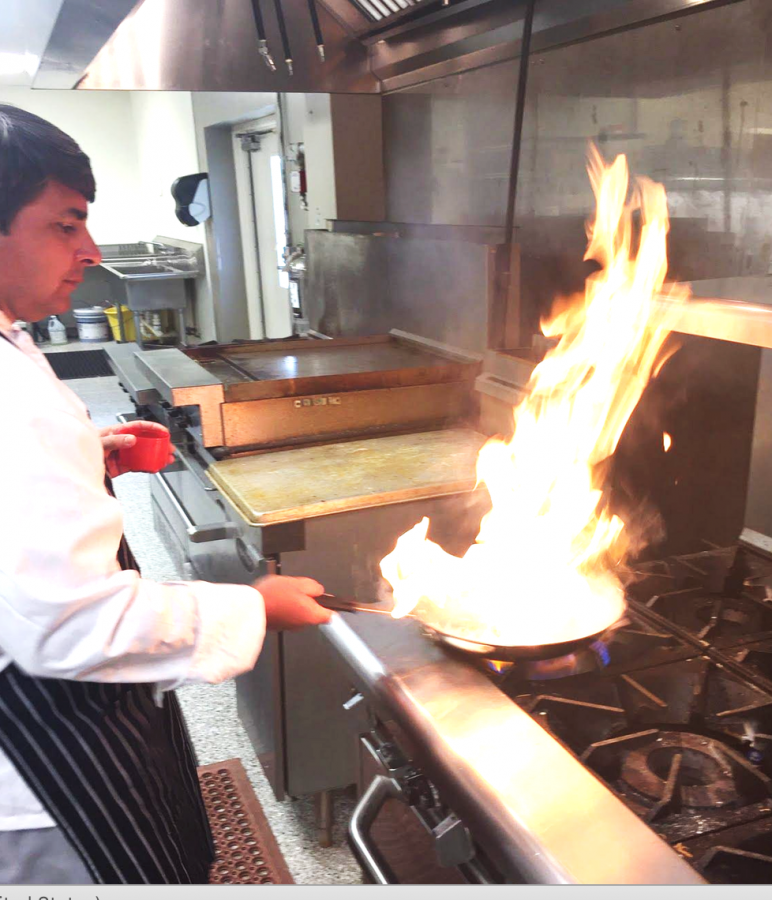 Daphne High School is full of talented teachers. Chef Les Thorpe is the culinary teacher at DHS. He has been teaching at DHS for six years and prior to that spent eleven years at Murphy High School located in Mobile, Al. Chef Thorpe has twenty-five years of experience in the industry. DHS staff and students who have attended banquets and other events catered by Chef Thorpe, give good reviews on his food.

“The food was great. The meat was tender. Brownies were good, wrapped asparagus was good. The tea was sweet,” Kenny King, the head football coach and athletic director at DHS, said.

Chef loves connecting with the youth through providing helpful kitchen skills and techniques such as safely using knives, kitchen sanitation, and how to cook a different variety of foods. In culinary, they can make raw products into delicious things.

“If you were to walk into the classroom on a typical afternoon, you would probably see a lot of talking, communicating, and fun.” chef thorpe said.

Chef gives no homework, because this class is an elective. But it is a lot of hands on work. The Hall of Fame banquet was recently held in Trojan Hall on September 13, 2018. This event was catered by Chef Thorpe, and a couple of the DHS culinary students.

“The food was great, the culinary staff did a good job,” Lawrence Yelding, a former DHS football coach and Hall of Fame Inductee,  stated.