Band’s First Competition of the Season 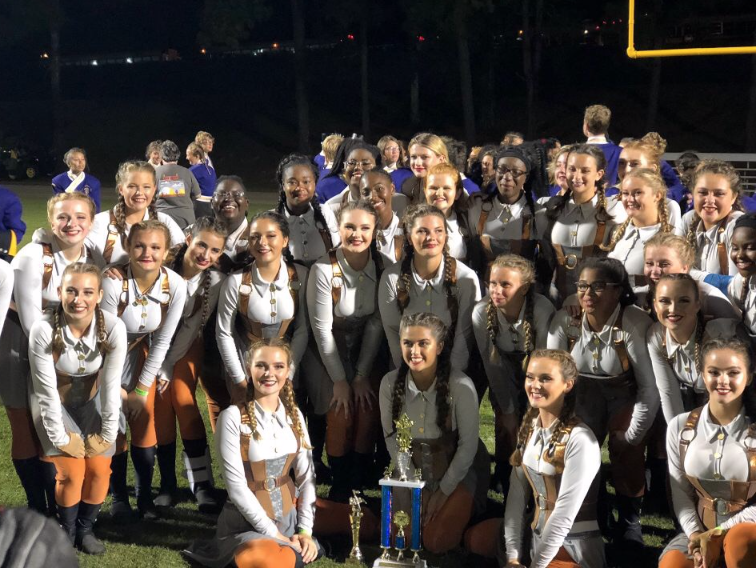 The Sound of the Eastern Shore band participated in the Little Big Horn Band Competition that was held on October 20, 2019 in Opp, Alabama at the Channel-Lee Stadium.

The band showed up at the Jubilee Stadium at 10:30 for practice, and dismissed the charter buses at 12:00 for a 3 hour drive to Opp, Alabama.

There were 32 bands participating in this event, each band performed once. They were scored one time during the performance. The schools that participated were from Alabama and Florida  including Gulf Shores, Robertsdale, Pensacola, Saraland and Andalusia who were all competing for the best in class award, presented at the end of the night.

Six judges watched the performances and recorded their comments on the spot.  Each judge is responsible for observing and evaluating a specific area of the show. Music performance, visual performance, general effect, percussion and auxiliary.

There were awards for Best in Class Drum Major, Majorette, Danceline, Colorguard, Percussion and Band. As well as Most Entertaining, Best Soloist, Fan Favorite, Director Award and Mallory Award.

The Sound of the Eastern Shore’s band performed their show “The West”, and was placed Best in class Colorguard, Band, Percussion and superior rating for Drum Major. With a score of 97 for colorguard and 99.5 for band.

Their colorguard instructor Jordan Looney states “I am so proud of this team, and how far they have come,” Looney says. “But just because we won this weekend, doesn’t mean we need to stop growing and improving for next weekend.”

The trumpet band captain Lacy Hawthorne said, “We have worked really hard the past few months, and it has definitely been shown tonight!”.