Choir starts the year with a great fundraiser! 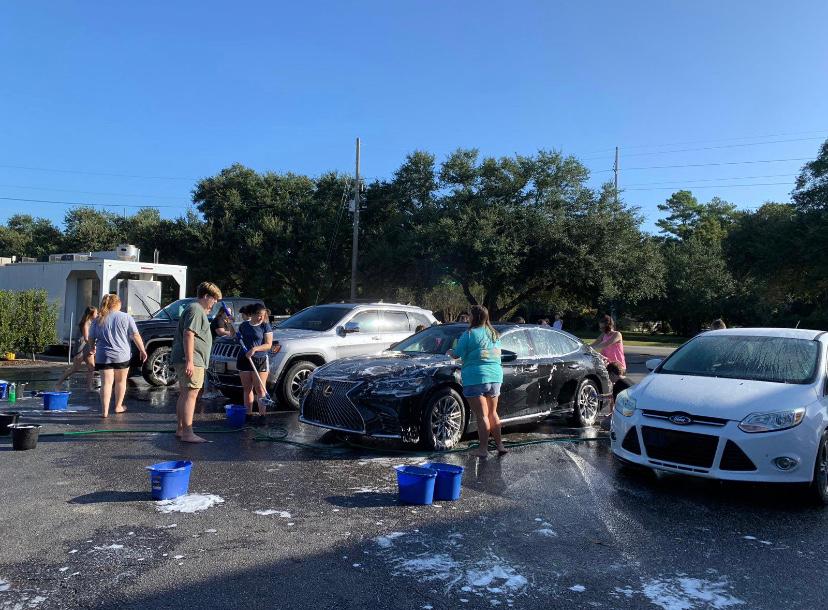 At one point, there were 4 cars being washed

What is the best way to do a fundraiser while enjoying it? A car wash? That is exactly what DHS choir students did earlier today to help them raise money for their Disney trip they will be doing in the spring of 2020! They met up in Fastime at 7am and enthusiastically washed cars until 3pm. While most students divided into groups to clean the cars, some held posters along the road to let people know about the car wash.

“I am excited to be with my friends and having fun all together. Not only that I am raising money to go to Disney at the end of the year!” senior Sierra Hamilton said.

They were very productive, helping each other and switching jobs. In fact, they had already washed 8 cars within the first hour!

“My favorite part of the choir car wash was getting to help out the community a bit, and getting to do it with friends as well!”, junior Madison James said.

Some parents of the students were also there helping out and supporting the DHS choir students. One even brought donuts for the students early in the morning.

“Every little bit helps… so I’m hoping that this will at least be the start of being able to cut down each student’s trip (cost), cut it in half for them. You wanna try to get half of their trip covered at least so it’s not such a financial burden on anyone. We’re off to a great start.” choir teacher Ms. Mixon said.

The DHS choir will be doing other fundraisers throughout this school year and will try to raise as much money as possible to open the doors to Disney. Good luck!