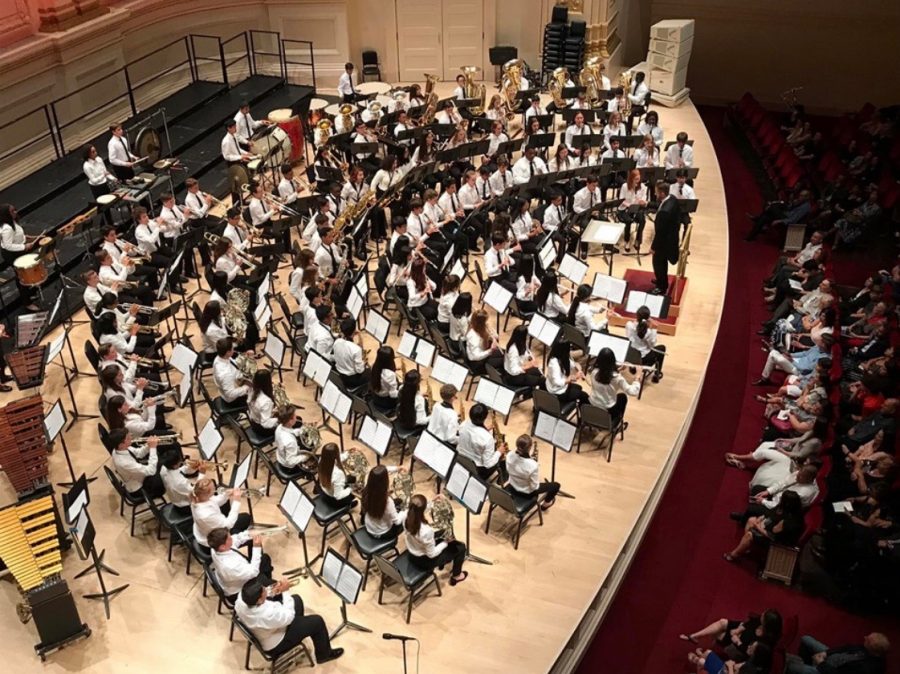 One freshman student, Sarah Jerry, received the amazing opportunity to play the french horn in both New York and London for Honor’s Performance Series program in June and July. Jerry did this to improve her musical skills and see how far she could take it.

In November of 2018, she auditioned for a place in both locations. A few months later, Jerry found out, to her shock, she made it in.

“I was ecstatic,” Jerry said. “I was so excited to be playing in such prestigious halls.”

Up in New York City, she got to do many things such as meeting the Rocketts, going to central park, taking tours around the city, and practising many hours to prepare to perform. Jerry and the other attendees played in one of music’s most renowned halls: Carnegie Hall. Here, she received the second chair for her skills, which means that she was ranked second for french horn.

“It was packed, so it was kind of nervewracking, but we had prepared the music really well, so I was very confident in how we played. It was amazing to think of all of the well known successful artists that have played there,” Jerry said.

In mid- July, Jerry left for the program in London. Just like in New York City, she went sightseeing with a group of people, along with hours of practice time. Honor’s Performance Attendees played in Royal Festival Hall, and Jerry was given the first chair.

She said, “Royal Festival Hall wasn’t as packed because it was a lot bigger, but it was a lot of fun and I really enjoyed it. The sound of the orchestra was amazing.”

Jerry stated that she “made lost of friends” and “had a great time.” She met other musicians from the US, UK, Australia, and many others.

“There is always something to learn from musicians that come from different places,” Jerry said.