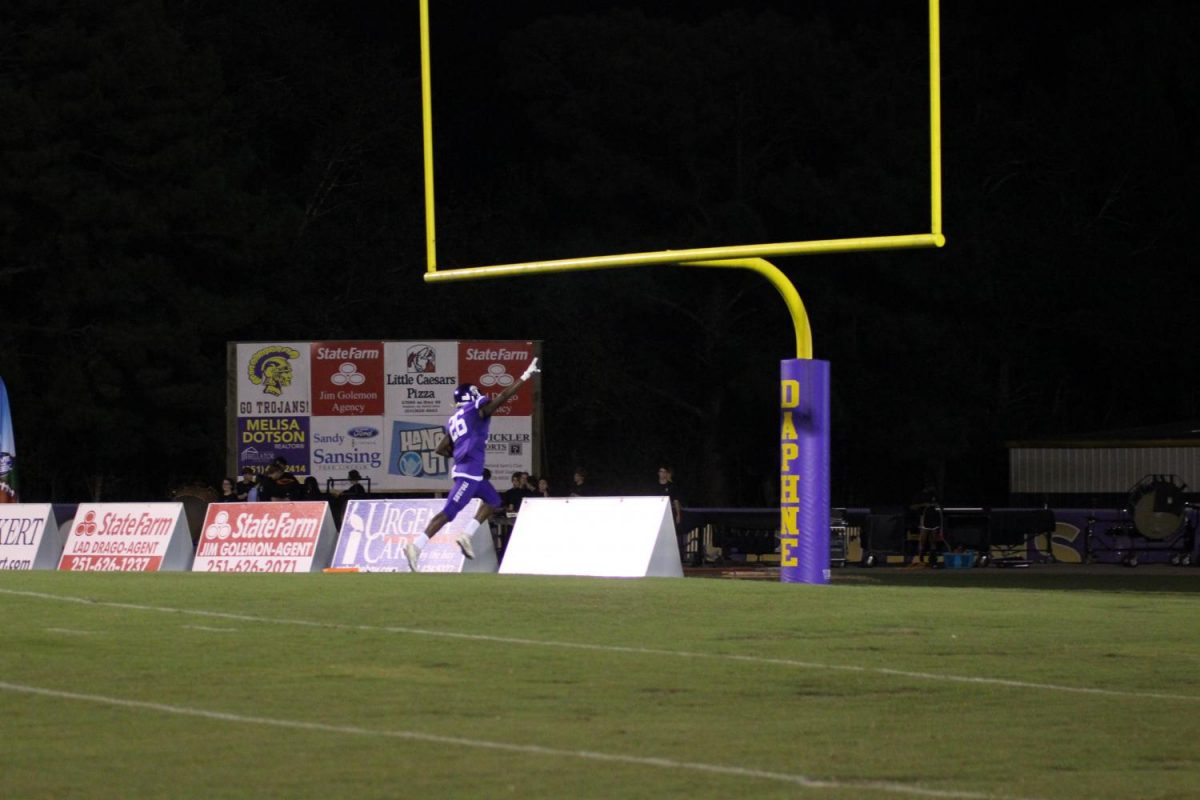 Junior Marion Collins runs the ball in for the first touchdown of the night.

Daphne’s varsity football team lost to Fairhope last Friday night. Although the score was tied during halftime, Daphne’s fans were still very confident that their team would beat their opponent.

“Well now it’s 7 to 7 at halftime, and I’m predicting that by the fourth quarter, Daphne will beat them 48 to 7,” Dylan Jennings, a student at Daphne High School said.

Other students enjoyed coming to the games because of the atmosphere, rather than the rivalry between the two teams.

“The best thing about cheering for Daphne is definitely the football games and the energy that we have. It’s really intense and everyone is super involved, the students absolutely love the games and everyone wants to be here,” Carianne Brown, a senior at Daphne High School said.

By the fourth quarter the teams were tied, and had to go into overtime to score. Fairhope scored and Daphne lost, 17 to 20.